When Dad was James Bond – from the memoir Tea and Baklavas 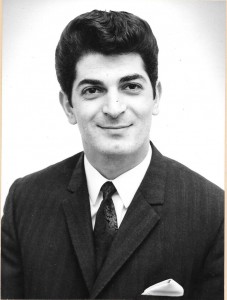 When Dad was James Bond

Extract from the Memoir Tea and Baklavas by Zoe Antoniades

I always thought there was something not right about Bobbie, and exactly one year after Dad married her I found out for sure. I wasn’t there when it happened. I can only piece together what went on from what the neighbours said, the aunties and uncles’ versions of events and the stories Dad told us afterwards. I used my imagination and what I knew about Dad, to fill in the gaps.

Dad would have arrived home from an ordinary afternoon at the betting shop, expecting his dinner on the table, Bobbie maybe watching Crossroads, The Kid playing in the background, usual sort of thing. But not this time. This time, exactly twelve months on from the ‘two-witness Richmond registry,’ Dad returned home to stillness. The house bare; stripped of Bobbie’s ornaments, trinkets, embroidered doilies and wicker wall hangings; the wardrobes where hers and The Kid’s clothes had been, rattling with empty hangers. That afternoon, every trace of Bobbie and the five year old who had been my step-sister for exactly one year, was obliterated from the house.

Bobbie had moved out. Bobbie had left Dad. Bobbie was gone.

Dad would not be made the fool. Dad became a superhero instead. He bolted from the deserted house, got into his car and ripped up the streets. He was invincible, a star, a high speed action man.

Neighbours raised the alarm, made their phone calls. The police picked up on the crazed driver, who was my Dad. They tore up the roads in pursuit. Dad, always the lousy driver, the chase over in minutes. They managed to make him pull over, but it was less easy to get him to cooperate afterwards. Out on the street, they tried to caution him. He ranted, he raved, he shook his fists.

‘Don’t you know I am James Bond? Leave me alone. I am on a mission. I have to catch the terrorists!’ he said.

‘I am James Bond I tell you!’ Dad struggled and kicked out against them.

They bundled him into the police car, but they did not take him to the station. Instead he was escorted to the Mental Health Unit of West Middlesex Hospital where he was sedated and sectioned.

Mum was at home waiting for us when we got in from school that day so I knew something was up.

‘What are you doing home so early, Mum?’ I said.

‘Your Dad’s in hospital,’ she told us.

‘Has he had an accident?’ Delphy asked.

‘Did he break a leg or something?’ said Andreas.

I knew it wasn’t that.

‘Bobbie’s left him, and he didn’t take it very well,’ Mum said.

‘But why would he have to go to hospital?’ said Andreas.

‘It’s made him very upset…’ Mum tried to explain. ‘So upset that… well… it’s sort of unsettled his mind and he needs a bit of help from the doctors to make him feel calm again.’

‘We should go visit him,’ Mum said.

We all agreed, though none of us rushed to get our coats.

‘It will make him feel better,’ Mum said putting on her bright voice. ‘He’d like to know you all still love him. That you care about him.’ She ruffled Andreas’ hair. He looked down at his shoes and fumbled with the buttons of his jacket. He did them up unevenly.

Mum drove us to the hospital and we followed the blue and white signs to the Mental Health Unit. The low-ceilinged windowless corridors smelled of school dinners. We reached two steel doors which were locked and guarded. Mum approached the warden.

‘Excuse me,’ she said, now with her posh voice, ‘we are here to see Philippos Erisianou.’

‘And you are…?’ said the warden

‘You’ll have to sign here,’ he said. Mum did as she was told. Then the warden pressed a code into a panel on the door to release it. A nurse met us on the other side; she gave us half a smile and took us on from there.

‘He’s been given medicine to calm him, but… well… he can still be a little jumpy at times, so take care,’ she said.

Two big doors opened onto a large room that looked like an old school hall. Hazy rays of sunshine came in through the tall Victorian windows catching spirals of cigarette smoke.

‘This isn’t like a normal hospital ward. Where are the beds?’ I asked.

The floor had shiny black and white tiles, like a chess board. The furniture looked as if it had come from an old school; plastic grey chairs and crappy grey tables with metal legs. Some of the patients rocked backwards and forwards in their seats. A thin man with long greasy hair mumbled to himself quietly. A youngish girl, shuffled across the room in her slippers. She wore a dressing gown the colour of dishwater that hung off her shoulders, the belt trailed along the floor behind her. A man with broken teeth played snooker by himself in the corner.

‘It stinks in here,’ said my sister.

‘Well, it does,’ she shrugged.

‘There he is over there,’ said Mum, giving us a little shove in Dad’s direction.

Dad sat alone at one of the tables. He was not wearing wrinkled pyjamas or a saggy tracksuit and slippers like the other patients. He was all dressed up in his suit. His shirt was a bit creased, but he still had his tie smartly done up and his matching handkerchief poking out of his jacket pocket. His hair was neatly combed back too. A cigarette dangled lightly between his fingers, he’d forgotten about it and a long cylinder of ash lingered at the end of it, about to topple at any moment. He stared into nothingness, but when we got nearer, he jumped up all bright and smiling.

‘Welcome! Come in! Sit down! You want something to drink? I tell them to get you anything you like. I tell them what to do around here. They listen to me. Hey! Hey, Miss! This my children. You come look after them,’ he said snapping his fingers at the nurse. She had her back to him and didn’t respond.

‘Dad. Your ash!’ I said, pointing to the cigarette.

‘I know, I know. Not need to tell me this things,’ He dropped it in a foil ashtray just in the nick of time. I knew it would have gone all over the floor if I hadn’t told him, whatever he said.

‘Give your Dad a kiss then, kids,’ said Mum, with another encouraging push. We lined up in age order.

‘Hello Dad,’ said Delphy, giving him an obedient kiss on the cheek and a short hug.

Andreas, hesitated for a moment, then stepped forwards for his turn. ‘Hello Dad,’ he said.

We sat down on the plastic chairs. Dad huddled us together over the table and whispered.

There was a difficult silence, then Andreas broke in.

‘Maybe you were a bit like James Bond, but you’re not actually the actual James Bond, Dad.’

His mood switched, and he slapped Andreas on the leg, hard. Dad’s eyes that only seconds ago had flashed with excitement, now wore a crazed glare.

‘What the stupid you are. You shut up!’

Andreas sat dead still, not saying another word. He smiled a little, but his eyes brimmed with silent tears.

‘It’s ok, Andreas,’ Mum said, putting her arm around him. ‘Your Dad didn’t mean to hit you. He loves you. He’s just a bit confused at the moment.’

The nurse looked over in the direction of our table. Dad noticed, and pulled himself back together. He forced a tiny laugh, but there had been no joke and he was still jumpy.

‘Heh, heh. Is alright. Everything alright. Your Dad just get little bit upset. You not speak disrespectfully to your Dad again. I know you understand that. Good boy, Andreas. Come on. We get drinks now,’ he said, patting him on the knee.

I wanted to go for the drinks. But Mum insisted that she went. I think she wanted to have a quiet word with the nurses. We were left alone at the grey table with Dad. I had no idea what to say. Dad did all the talking anyway.

We just nodded and went along with him. I tried my hardest to smile whilst silently willing Mum to hurry up and come back and get us out of this horrible smoky stinking place.

At last Mum returned with two plastic cups of tea and three of orange squash. The juice was sickly sweet and lukewarm, but I forced it down. Disgusting.

We couldn’t get out of the door fast enough.

They didn’t keep Dad at West Mid for long. Calmed him down, made him see the psychiatrist a few times, then let him go. All he had to do was check in with the clinic every few weeks. I don’t know if they knew he’d stopped taking the tablets, but as long as he wasn’t being James Bond, no one seemed bothered.

After he got out, he took us on our weekend trip to McDonald’s.

Back on the Happy Meals.

We rooted around inside the boxes for our free toys, characters from the A-Team that week.

Dad leaned across the table. ‘You remember when I was sick?’ he said. ‘Well I better now. Nobody is going to be cheating your Dad any more, you know? They think they very clever this people. They think they can trick me. But they don’t. I know what this bastards are trying to do. I’m on to them.’

‘Was sick,’ said Delphy under her breath.

‘Dad, maybe you should still be taking the tablets,’ I suggested.

‘What you talking?’ He banged the table. People looked at us. Dad cracked a smile, ‘Heh, heh. No worry. Your Dad is ok. I not need this tablets. They make me more sick. I lose control. They make me slow. I cannot think. Make my muscles weak. I not feel my hands. They kill you this things. No, no, no, no, no. None of this poison tablets for me. I am strong without them.’ He stretched out his arms and clenched and unclenched his fists several times to prove it.

‘Oh shut up, shut up. What you know?’ Dad banged the table again.

People turned and stared some more. I prayed he’d calm down.

‘Don’t you go make upset your Dad now. You say this things, you make me sick too. The doctors they say nobody should be making upset your Dad. Your Dad need to be relax. Must to be quiet.’

Andreas held up his Happy Meal toy. ‘Look Dad, I’ve got B.A. Baracus. Mr T they call him. Comes with his own weight lifting kit and everything.’

It was so obvious he was trying to change the subject, but actually it wasn’t such a bad idea, so I joined in.

‘And I’ve got Hannibal Smith, he’s the leader,’ I said.

‘Yes yes. Very good, very good.’ He talked to the space somewhere ahead of him and smoked his cigarette. 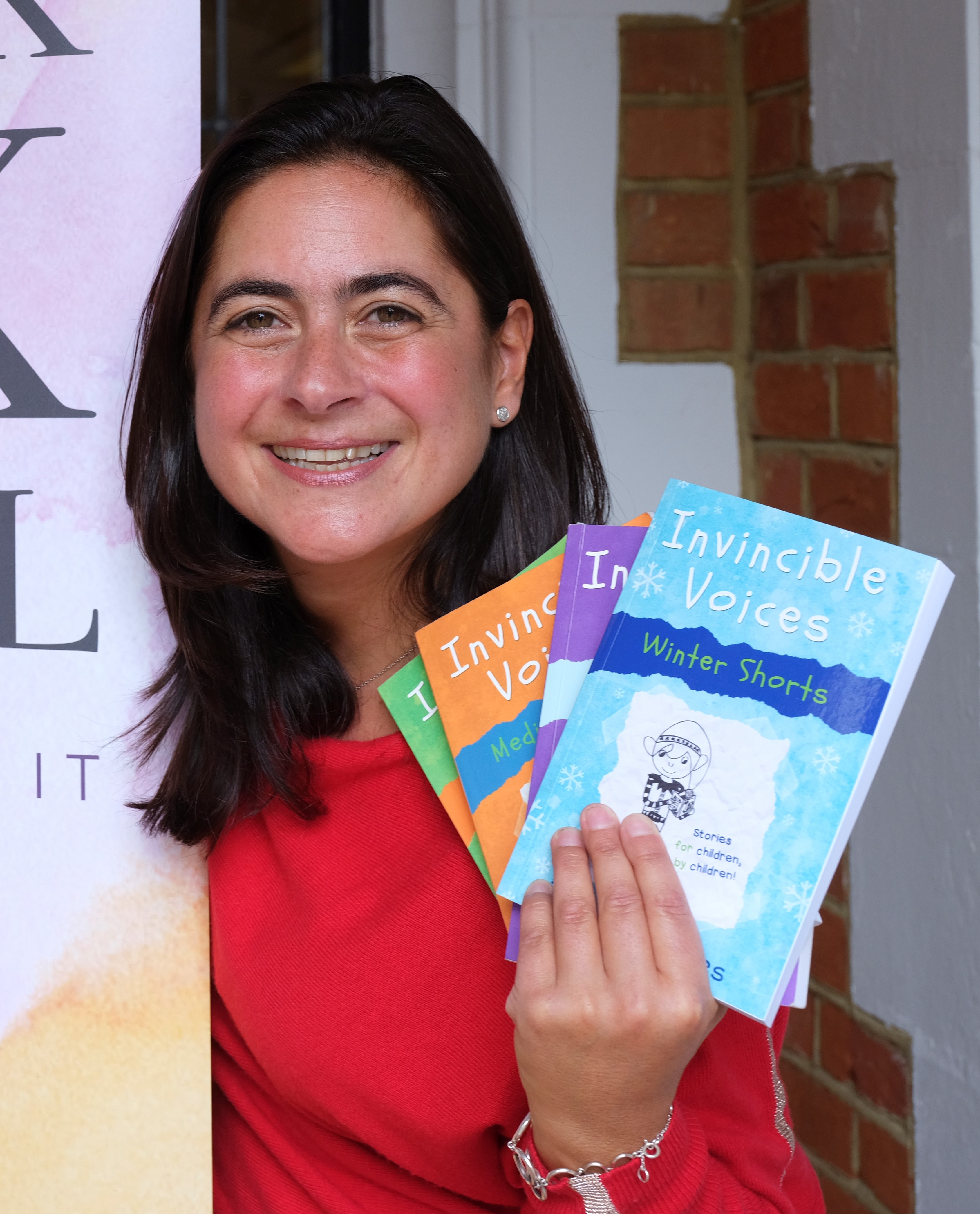